Cancer – Things Cancer Made Me Say 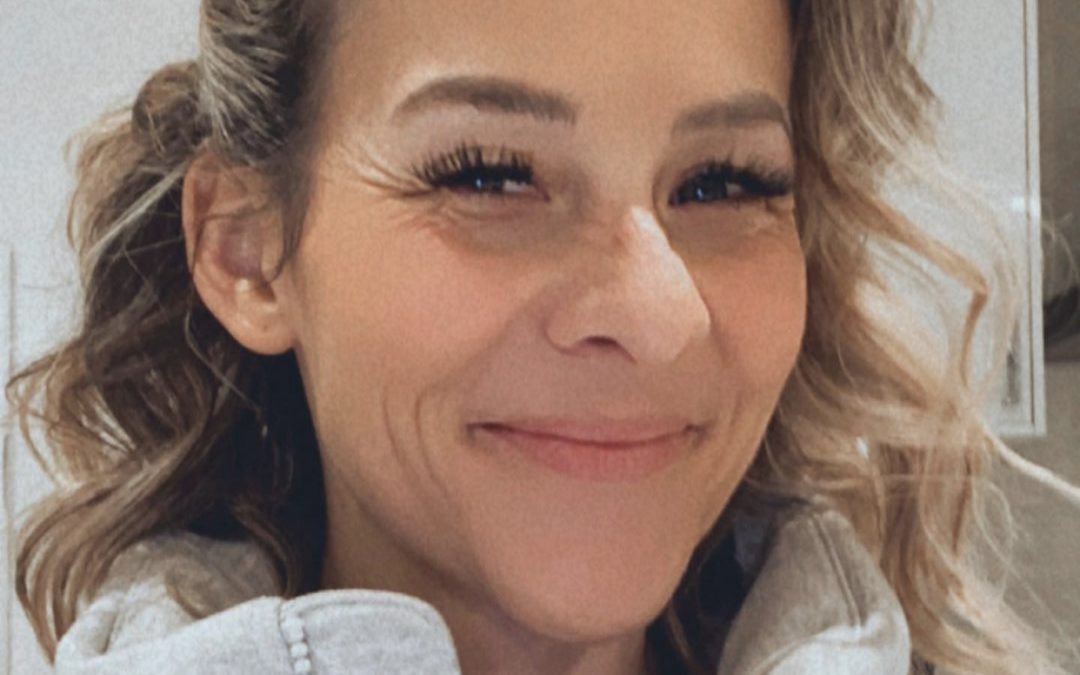 I remember sitting in a booth across from my husband at a restaurant in our neighbourhood. It was November 9th, 2013. Our first wedding anniversary and I wasn’t feeling particularly pumped about it because I was waiting to hear if I had cancer.  Five days before that, while I was sitting at home working, I felt gassy, and when I passed it, I thought to myself, OMG, that didn’t feel right. I immediately went to the hospital. I was scared, but at the same time, I think I felt fine.

Then the waiting began. I say waiting because the two weeks I spent anticipating my colonoscopy results can only be described as a blur. I mean, I was only 32 years old. Could I have cancer?

I’m not sure what it’s like for others. For me, when I first got the call that I did have cancer, it felt like, in an instant, everything changed. Like I’d just been granted membership to a club that I didn’t want to be a part of. The cancer club. My thoughts started to race. I wondered if I’d lose my hair and if I would survive. I had an image flash through my mind of me puking because that’s what I understood chemo meant. Was I going to have it? And, I remember this next thought as clear as day, I was more likely to get hit by a bus because I’m the type of person who doesn’t look before they cross the street. It didn’t make sense to me that I was sick. Plus, I just found out I was pregnant, so what did that mean?

My mind was spinning.

It was a Thursday night when I received the news over the phone. I was home alone, and at that exact moment, there wasn’t much I could do. Tomorrow was Friday, and I couldn’t get an appointment with the cancer agency until after the weekend.

When you first find out you have cancer but don’t know the details, it.

When you first find out you have cancer but don’t know the details, it feels like time slows right down. The only way I can describe it is like in the movies. You know that scene where the character is standing on a corner of a busy street, and everyone is rushing by, and it’s all blur? That’s how I felt. The world continues to move forward, and you’re frozen. Not sure what step to take next. If I wasn’t on the phone making a doctor’s appointment or researching something, I felt like I was wasting time. And, again, what did that mean about the pregnancy. I needed answers.

Unfortunately, because I was sick and my pregnancy was so early, I couldn’t continue with it. Plus, the stress I was under and the treatment I had, made the prospect of getting pregnant in the future fade away. I did freeze some embryos through the IVF process, but they weren’t viable. To this day, I’m not sure if I’ve adequately dealt with that part of the journey. Maybe I’ll write about it one day. I know I’m not the only one.

It was as if I’d just realized I had been sick.

I had surgery, followed by recovery, then 12 rounds of chemotherapy in 6 months. The usual treatment. It was hard and messy, but I survived. I beat cancer, and I was ready to get moving with life again. Except, shortly after chemo ended, the nerve damage and night sweats started. Plus, the emotions surrounding what I had just gone through finally showed up. I didn’t have any idea what to do with them or how to process them. It was as if I’d just realized I had been sick, I was struggling, and I felt alone.

When I look back on my experience with cancer, I think my brain did me a solid. It was like, ‘you know what, this is a lot to deal with, we’re gonna pause the emotions for now so you can focus on what’s in front of you.’ I honestly don’t think I could have handled going through what I did along with all the feelings associated. I shut down emotionally because that’s what I needed, but I could tell it was hard on my family. Back then, I didn’t understand what it felt like to love someone with cancer. Now I know. It’s terrifying.

The face of colon cancer is changing.

I know this because back when I was diagnosed, I didn’t know anyone else with colon cancer, let alone cancer in general. But now, seven years later, I’ve seen it touch so many. It feels like everywhere you turn, young people are facing it. To say someone can be too young for colon cancer is just not true anymore. The face of colon cancer is changing, and it’s happening more and more to young people worldwide.

The experience of finding out you have cancer can vary. When you’re younger, you have to advocate harder to be taken seriously while others find themselves wondering how they didn’t notice sooner. The one thing I hear across the board, whether it’s before or after diagnosis, at one point or another, they were told they were too young for cancer. But it’s just not the case anymore. It’s something we urgently need to rethink.

One other thing I wanted to add.

Healing takes time and it’s packed full of ups and downs. I realize I’m not saying anything you don’t already know, but it never hurts to hear it again. Figuring out what works for you takes time. Learning what you need takes time. Your journey is valid no matter what route you take.

For me, I learned how to connect with my feelings and the sensations in my body. I learned how to notice my thoughts, (https://remindmeditation.ca/) and I discovered how to breathe again. I found my voice. With that, I unearthed happiness that comes with energy I wish I could bottle up and share because I’m so freaking lucky to be here with you.